As one of South Africa’s most fascinating natural landmarks, the Cango Caves, welcome visitors from all over the world to observe and admire caves that formed across the duration of millions of years, now considered a remarkable natural wonder. As the underground wonder of the Klein Karoo, this world class show cave is beautifully preserved and well presented.

The Cango Caves lie on the foothills of the Swartberg Mountain range, close to the exquisite coastal Garden Route and a short distance (about 30 kms) from the ostrich capital of the world, Oudtshoorn. While exploring this mesmerising and historically significant attraction, tourists and locals are often left in awe by the unique limestone formations that date back about 4500 million years ago, falling under the Precambrian timeframe of earth’s history.

Although the caves comprise of various dripstone caverns, hidden and extensive tunnels and chambers, visitors are only able to discover about a quarter of the space, with only 1 of the 2 caves are open to the public. Those visiting the alluring destination of the Garden Route can book holiday accommodation in Oudtshoorn through Hello Garden Route and can experience a variety of Garden Route activities during their stay. 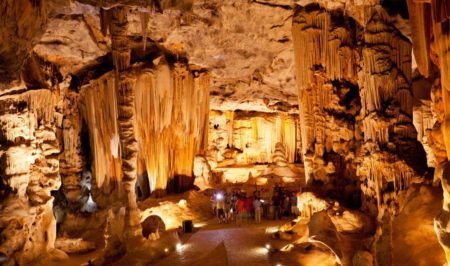 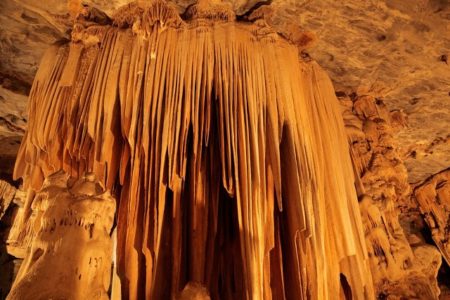 History of the Cango Caves

It is believed that the caves were inhibited during the middle and later stone ages and that the Khoi San would take shelter in the caves some 1000 years ago, which is indicated through the cave paintings and artifacts that still remain visible today, although the bushman art has been damaged over the ages. During the early Stone Age and until the early 1900’s, explorations of the caves were done by candle light, which would often burn the lower ceilings of the caves. 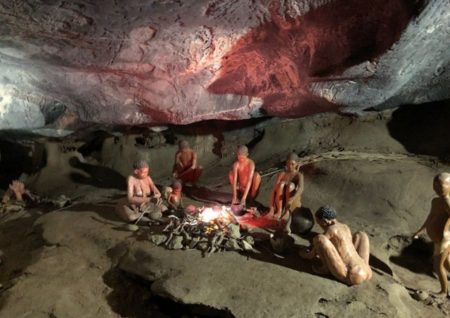 In the late 1700’s, the first chamber of the caves was “rediscovered” in modern times by a local farmer named Jacobus Van Zyl, while the second chamber was discovered in 1792, after further exploration. Once the caves started to gain popularity with locals in the early 1800’s, they became visited on a regular basis, with many people breaking off pieces of stalagmite and stalactites as well as writing their names on the cave walls – this continued until the Governor of the Cape during this period, Lord Charles Somerset, published the first cave regulations in 1820.

As something of a cave legend, the caves first official guide, Mr Johnny Wassenaar, is said to have spent 29 consecutive hours walking in search of the caves end. He worked in the caves for 43 years from 1891 and made the most significant discoveries of the caves. Many changes took place from the start of the 1900’s, after the entrance gate was installed and the town of Oudtshoorn introduced a railway station to allow for more visitors – full time guides were then appointed and electrification and lighting systems were put in place. 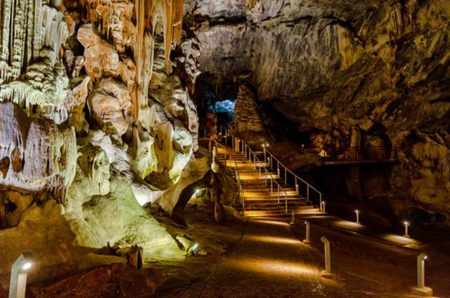 It is only fitting that such an incredible landmark should present an exciting and intricate history, which still reflects in the Cango Caves today. In 1938, the Cango Caves were proclaimed a Historical Monument. More recently, Cango 3 was discovered in 1975, followed by the introduction of the new Cango Caves Complex during 1997-1998 and the opening of the Interpretive Centre in 1999.

The world class Cango Caves offer visitors 2 tour options, both of which are led by accredited and well versed Cave Guides. For overseas visitors, tours are also offered in a variety of languages, depending on the availability of other language guides at time of booking.

Standard/Heritage Tour (60 minutes) This tour begins at the 90 metre long Van Zyl’s Hall where ancient stalactites adorn the ceiling and sights include the Organ Pipes, a giant display of dripstone/flowstone combinations, Cleopatra’s Needle (a tall stalagmite that is more than 150 000 years old and is still growing) and The Pulpit of a Great Cathedral. Other parts of the caves explored during this tour include the Rainbow Chamber, Bridal Chamber (where active stalactites drip from the low roof and formations resemble a bride and a fourteen poster bed), Fairyland Chamber (where the first helictites can be seen) and the Drum Room that showcases an incredible translucent formation. This tour is suited to both adults and children, and departs every hour from 09h00 to 16h00. 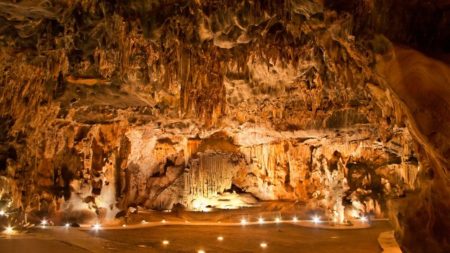 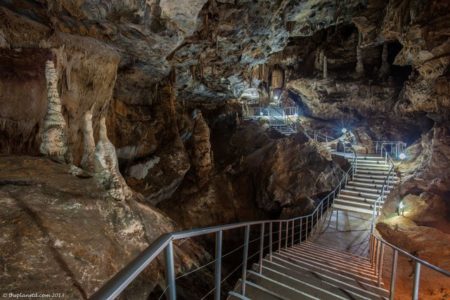 Adventure Tour (90 minutes) Starting at the same place as the Heritage Tour, the adventure tour quickly becomes more physical, with 200 steps leading down Jacobs Ladder to the Grand Hall where the biblical lot are represented by a group of stalagmites. Lumbago Alley, an 85 metre long tunnel with a low roof, leads to a display of striking and delicate roof crystals and strangely contorted helictites, as well as a translucent crystal wall. Beyond a golden candle-wax column, more steps lead down to a cellar-like chamber known as King Solomon’s Mines. Other parts of the cave, such as the Devils Chimney, The Coffin and Devils Kitchen all present challenges like crawling, scrambling and sliding along narrow crevices and through steep shafts. This tour is not suited to pregnant woman, kids under the age of 8 years old or anyone suffering with claustrophobia, asthma, high blood pressure or muscular ailments. Departure times are between 09h30 and 15h30 on the half hour mark. 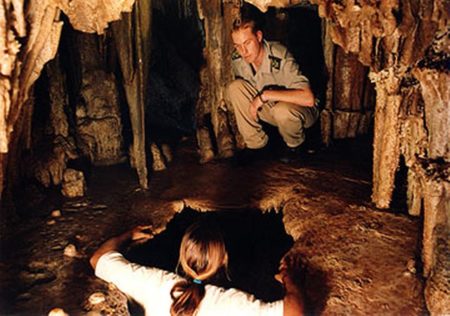 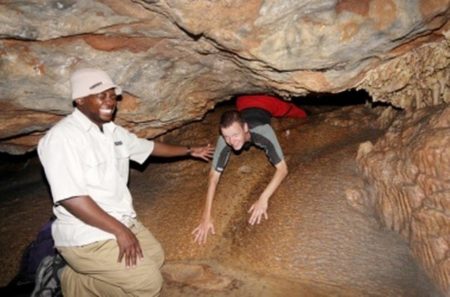 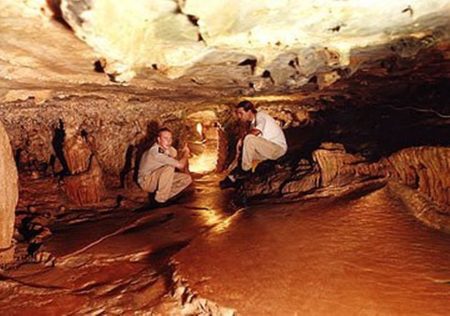 Choose your ideal vacation setting from our stunning portfolio of available accommodations across the Garden Route. We have something to suit your needs & budget!