Nestled between the Indian Ocean and the Outeniqua & Tsitsikamma Mountain Ranges, the Garden Route offers a diversity of breath-taking ecosystems. With convenient and easy access from Cape Town by road, the Garden Route commences with its western gateway in Heidelberg and meanders along 300 kilometres of N2 coastal highway through the towns of Riversdale, Albertinia, Gouritsmond, Mossel Bay, Great Brak River, George, Wilderness, Sedgefield, Knysna, Plettenberg Bay, Natures Valley and Storms River. Tucked between these cities and towns are a number of smaller seaside villages and hamlets, equally scenic and charming, begging for exploration fill of splendor with scenic vistas, mountain passes, forests, lagoons, rivers and estuaries. Wonderful scenic self-drive options allow travellers to the region an opportunity to discover the natural treasures of the Garden Route.

The Montagu Pass was built during 1844 – 1847, officially opened on the 19th January 1848. This historic Pass between George and Oudtshoorn was declared a National Monument in 1972.  With many serpentine curves, this magnificent pass gradually winds its way through the fynbos-covered Cradock’s Kloof until it reaches the summit. Travelling along this fascinating route, with its natural scenery, is an unforgettable experience. One of the places to stop at on this trip would be The Toll-House. Lovingly restored by Friends of the Toll-House and declared a National Monument in 1970, this interesting relic of the last century has been saved for posterity. The Toll House is open to the public on Saturday mornings where you can indulge in a cup of tea or coffee with pancakes. Access to the pass can be via George (about 500m after leaving George on route to Oudtshoorn, turn off is to the right and sign posted) or via the village of Herold on Oudtshoorn’s side. 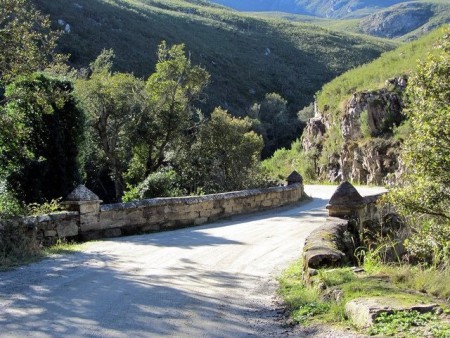 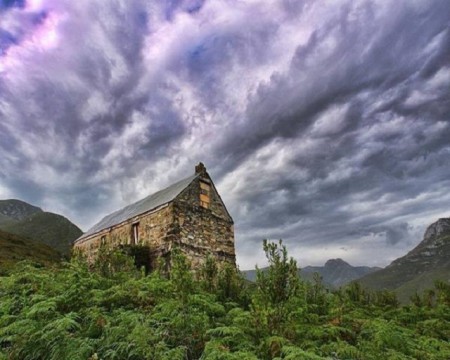 The Seven Passes Road – also known as the George Road – traverse’s lush scenery and winds through indigenous forest for roughly 75 kilometres, crossing 10 rivers and 7 gorges. There are numerous places to stop along this route. Wilderness village begs exploration with some great restaurants and coffee shops set amongst coastal village life. You could also try the Hoekwil Country Café and enjoy their famous coffee and delicious cake with a scenic mountain view in this gem of a village. Last but not least, The Woodville ‘Big Tree’ is a Yellowwood Tree (Podocarpus falcatus) estimated to be around 800 years old with a circumference of 12 m and a height of 33 m is a great attraction in Hoekwil, especially for hikers. The trail is a 45-minute walk, a circular trail extending about 2 km through lush indigenous forest which starts and finishes at the old Yellowwood Tree. A clearly marked path leads into the forest, crossing a stream several times. There are numerous delightful designated picnic areas, ablutions facilities and wheelchair-friendly walkways through the forest. Entrance is free. The Seven Passes Road can be accessed via Knysna or from George. 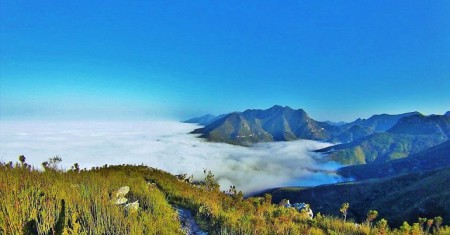 This self-drive journey will transport you back into a time where elephants roamed, forest trains toiled and where the sound of woodcutter’s axes could still be heard echoing through the undergrowth.

On the five-hour self-drive route you will get to visit Templeman Station, Diepwalle Forest Station, Forest Legends Museum, Suzie Steam Engine, Old Forester’s House, King Edward VII Big Tree, Veldbroeksdraai, Spitskop View Point, Dal van Varings and the San Ambroso Chapel Museum. You will also enjoy a long drive through the fresh green forest via Kom-se-Pad during which you can park the car and read about the Forest Elephants and famous author Dalene Matthee.

From Knysna, take the N2 towards Plettenberg Bay. About 4km from Knysna take the R339 Uniondale turnoff to the left and follow this road for 15km to reach the first stop on the Rooted in Time Drive. A route marker should indicate the first stop: Templeman Station.

From Templeman Station, travel along the R339 for another 2km and turn right at the sign which indicates Diepwalle Forest Station. At the top of the hill find the Forest Legends Museum, Suzie Steam Engine and the Old Forester’s House. Travel back down the hill and cross the R339 to the entrance of the King Edward VII Big Tree. Pay a minimal entrance fee at this point and enjoy a short walk around this majestic tree.

Continue along the R339 towards your 6th stop, Veldbroeksdraai. From Veldbroeksdraai, continue on the R339 and take a left turn to Spitskop View Point. Travel back down to the R339 and stop of at Dal van Varings for a refreshing venture into the Valley of the Ferns miniature walk. Back track on the R339 (back to Knysna) and look out for a right turn to Kom-se-Pad.

The final leg… Take Kom-se-Pad and enjoy a long drive through the fresh green forest. At the 9th stop, park the car and read about the Forest Elephants and famous author Dalene Matthee. Continue on the Kom-se-Pad road to Gouna and lookout for the Route Marker indicating the San Ambroso Chapel Museum. This is your last stop.

To return to Knysna, continue along the Kom-se-Pad road which should lead you down the mountain. At the T-junction turn right onto Old Cape Road and follow the winding road all the way down to the N2 (about 15km from Gouna to N2).

The Prince Alfred Pass was built by Thomas Bain between 1860 and 1867 and links Knysna with the little town of Avontuur near Uniondale on the R62. This spectacular 88km mountain pass crosses the river 7 times while winding its way through the mountains.

Back in the mid-1800s, the main Garden Route settlements were Knysna and Plettenberg Bay. They needed to be connected by a good mountain road to the Langkloof and the interior towns of Uniondale and Graaff-Reinet. There was a jerry-built wagon route over the Paardekop Mountains but it was treacherous in the extreme.

In 1857 Andrew Geddes Bain and his son Thomas went to have a look. They mapped out a whole new route that would go through dense forests and cost more than 15 000 pounds – a fortune at that time. The authorities accepted their proposal and young Thomas took up the project.

In his painstaking manner of cutting, planning and dry-walling, with his ubiquitous gang of Cape convicts, Thomas Bain spent four years of his life building the Prince Alfred Pass. As with most of his mountain pass work, Thomas Bain surpassed himself and built a mountain road that is safe and scenic.

Today, up-country visitors to Plettenberg and Knysna who want the scenic route drive the Prince Alfred Pass to get there. A place to consider stopping at would be Die Plaaskind Padstal. An opportunity to stretch your legs and grab a bite to eat. They also have a gift shop and sell fantastic goats cheese that is made on the neighbouring farm. You will also find honey, preserves and much more here.

The true essence of the Garden Route experience is one of exploration and discovery in an idyllic natural setting making for unforgettable memories. Go on…explore!

Please Note: Passes should not be undertaken in bad weather or at night for safety reasons.