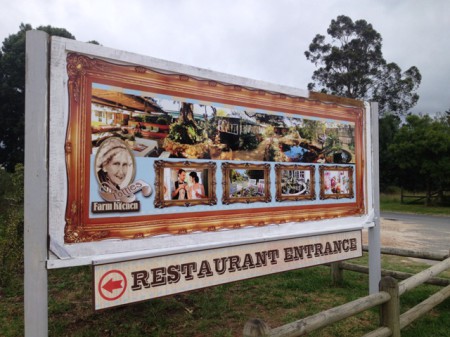 My mother and I heard about a famous farm kitchen called ‘Totties’ and decided to go see what the hype was all about. We soon learned that it was most justifiable and have since jumped on the bandwagon, spreading the word: You have to go to Totties!

Situated 12 kilometers along the Rheenendal Road, near Knysna, this sought-after restaurant offers mouth-watering, country-fresh food, most of which is organic and sourced from surrounding farms. Totties holds true to the Afrikaans expression ‘Local is Lekker’!

The ambiance is relaxed and charming, with souvenirs and photos of days by-gone filling the spaces. Various indoor and outdoor seating arrangements accommodate couples and families alike. A playground keeps the young ones busy whilst adults socialize around the delightful dining tables. 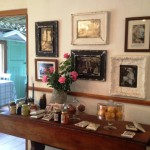 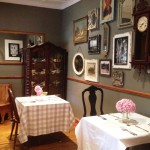 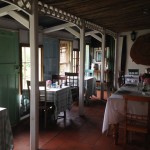 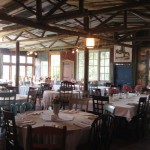 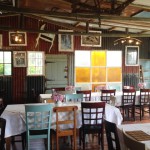 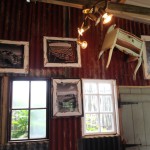 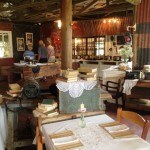 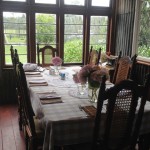 So who exactly is ‘Tottie’? A bit of history…

Florence Eleanor van Reenen was born in New Zealand in 1878.  She arrived in South Africa as a “Florence Nightingale” nurse during the Anglo-Boer War.

Affectionately named ‘Tottie’ by the Van Reenen family as she used to call her grandchildren ‘Little Tots’. In 1922 Tottie started the original general dealer store and butcher shop in Rheenendal which serviced the needs of the staff from her husband’s sawmill and woodcutters from the Millwood district.  It was Tottie’s suggestion to call their farm Rheenendal so to have some connection with the family name, also with the place Rheenen in Holland which had family connections with her husband’s forebears.

2012 marks the centenary of the arrival of the Van Reenen family in the Barrington & Rheenendal district. Tottie’s Farm Kitchen has remained in the family and is now run by her great-grandson, Garth, and his wife, Marian. They are very much hands-on and you’re sure to meet them during your visit. They’ll gladly impart more of the history as well as share some tips on what else there is to see and do in this area. Garth is actually in the process of starting up a ‘Rheenendal Ramble’ Route, with visits to various historical attractions and some great recommended activities including a Dalene Matthee – Kringe in Die Bos walking trail. http://www.dalenematthee.co.za/boeke/kringe.html

Totties Farmhouse Kitchen is open from 08h00 to 16h00, Tuesday to Sunday (closed Mondays). Breakfast, Lunch and Teas are part of the menu and Sunday sees a traditional, most delectable Buffet feast for which pre-booking (at least a week in advance) is essential. Soothing background music is performed by a local artist, Georgio and if we can impart words of wisdom: DO come hungry!! 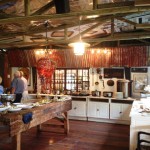 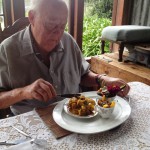 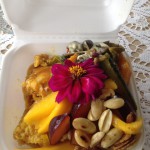 (Grandpa was lucky to get a take-out of the pickled fish which he could just not get enough of. I must say, they sure know about presentation & service excellence!)

NOTE: Don’t forget to pop in at their shop next-door where you can take one of the souvenirs home with you, even a parcel of home-baked treats to be enjoyed with a cup of tea next to a sizzling fireplace 🙂 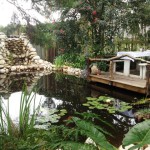 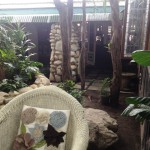 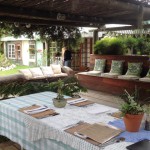 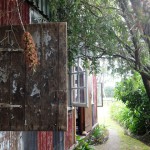 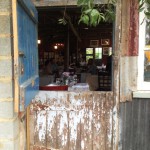 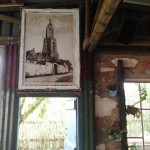 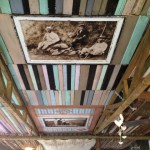 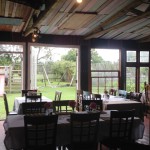