Breathtaking, a spectacular natural beauty, a scenic wonderland – these are but some words used to best describe South Africa’s famed Garden Route. One of the most beautiful stretches of coastline in the world, a paradise for nature lovers and considered one of the world’s greatest coastal drives, the Garden Route is home to many natural scenic wonders.

The varied ecosystems of the Garden Route are embraced by ten nature reserves and unique marine reserves, home to soft coral reefs, dolphins, seals and host of other marine life. Various sheltered lagoons and bays along the region are nurseries to the endangered Southern Right Whale which visit annually to calve in the winter and spring seasons (July to December).

When describing the Garden Route, visitors to the region usually have two things in common to say namely how beautiful the area is and how they wish they had more time to further discover the hidden gems of South Africa’s Garden Route. The Garden Route’s scenic wonders include, but are not limited to the following…

The Knysna Heads surely are the best known geological feature of the entire Southern African coastline. The Heads flank the deep lagoon mouth (which is a potentially treacherous channel) where the sea pours into a wide and breathtaking lagoon at the mouth of the Knysna River. These are two massive towering landmarks with their dramatic cliffs guarding the lagoon entrance from the surging ocean.

The eastern head houses a lookout with spectacular views of the lagoon. A trip to the Knysna Heads is an awesome experience for first-time visitors to Knynsa, a highlight and must do activity. 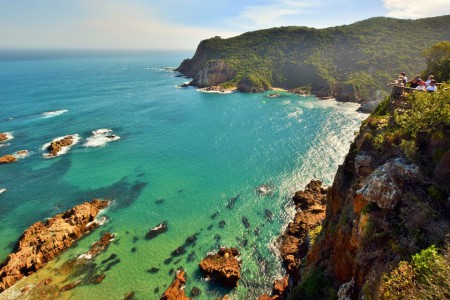 Situated at The Point in Mossel Bay, The Cape St. Blaize Cave is an important archaeological site and a popular vantage point for whale and dolphin watching. It is situated in the cliffs below the Cape St Blaize Lighthouse. Enjoy spectacular views of The Point Beach with its rocky coastline and long, natural tidal pool. 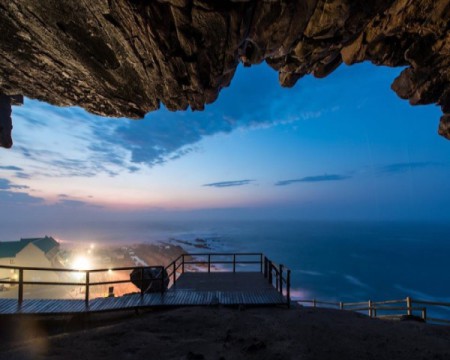 Situated in Sedgefield, Cloud 9 Lookout Point affords visitors an unobstructed view of Sedgefield. From here you can see as far as Myoli Beach in the east to Gericke’s Point in the west. The flat, open grassland is an ideal spot for a picnic whilst taking in the panoramic view.

You can see Sedgefield’s two favourite fishing spots from here too: Gericke’s Point and the Sedgefield Lagoon. There is a short forest walking trail to explore and if you plan on spending the day out in nature with further sightseeing, make sure to enjoy the lovely circular drive that follows the Swartvlei shoreline. The road atop the dune is known as Circular Drive. 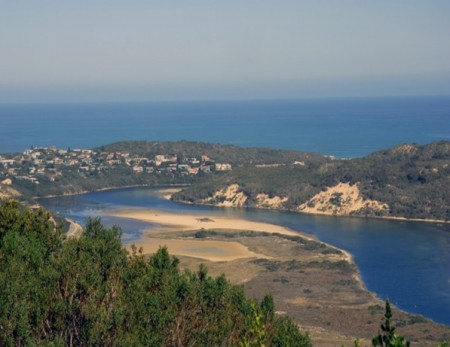 At 918 metres (3,011 ft.), Spitzkop is the highest accessible peak in the Knysna area. An amazing view in an awesome setting, this is a wonderful place to gain some perspective on things. The view from the top has been described as one of the best in the country and looks out over the Knysna Heads, across to Plettenberg Bay and the Outeniqua Mountains. Spitzkop lies on the Prince Alfred Pass that connects Knysna with Avontuur and Uniondale. 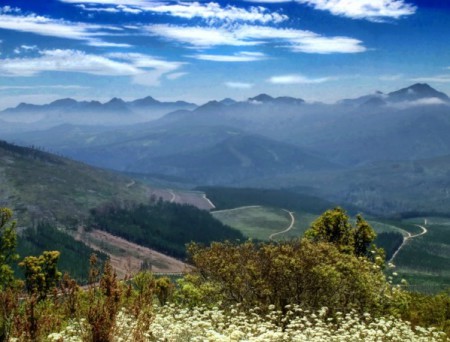 This landmark is a national monument steeped in history with prehistoric rocks and Stone Age artifacts, magnificent scenery and views. This has to be one of the best views in Plettenherg Bay!

Some highlight features of a visit here include spotting the rare blue duiker, the Western Cape’s smallest antelope; walking alongside one of the seven climbing-falling dunes on the Cape coastline and viewing the highest navigational light on the South African coastline at the Cape Seal Lighthouse (146m above sea level). The reserve also extends 1.8km off-shore, providing protection to a range of vulnerable fish species. Visitors can expect inspiring landscapes, exciting dolphin and whale sightings in season and to be accompanied on their walks or hikes by a variety of bird species and the occasional seal.

Whatever your pleasure is, you’ll find what you’re looking on the Garden Route… even if it’s just to lose yourself in one of the most beautiful parts of South Africa, if not the world! 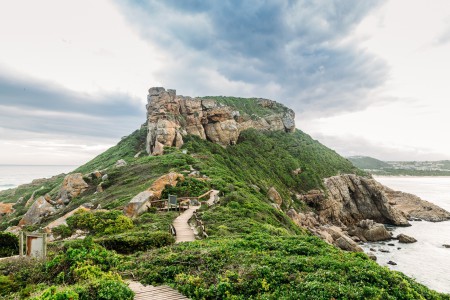 Contact us to book your accommodation, activities, tours, transfers and car rental.