The weekend of 13 and 14 February will see the 20th George Old Car Show rolling into town. The fun doesn’t start there though.

The Friday before the show the annual Veteran Tour or Vettour will start in Albertinia. This amazing event has been the runner-up to the show for the last ten years and participants come from as far as Harrismith, Pongola, Johannesburg and Cape Town. “Cars of particular interest include a 1913 Benz, 1911 EMF and 1916 Maxwell,” said Philip Kuschke, the Vettour coordinator.

Ali van Jaarsveld is one of nearly 60 participants who will take part in the Veteran Tour on 12 February this year. Ali, an artist who lives in Bryanston, Johannesburg, will be travelling to George with her veteran car in tow for the 13th time this year. Ali and her late husband, Kobus, have been attending the Show for about 10 years before he passed away and she is trying to continue the tradition.

The Vettour is expected to arrive at the PW Botha College in York Street during Friday afternoon. All of the cars, including Ali’s, will be on display during the show. 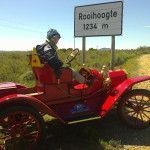 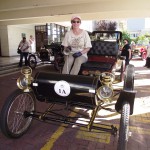 According to Krige Bolton the Show has more than 25 food stalls, 35 flea market stalls and 30 car-related stalls. Most of them are the same stall holders as last year, whom were more than satisfied with the more than 10 000 visitors who attended the Show last year.

According to Ignatius, this year’s exhibition has an astounding variety of cars. “The models include old and new cars, sports cars, trucks, fire trucks, tractors and even motorcycles.” One of the collectors, Bruce Sapsford, is bringing his collection of hand built 1:24 scale models all the way from Bloemfontein.

The official opening will take place at 10:00 in the main arena where The Ring of Fame will give pride of place to classic vehicles manufatured in the USA. 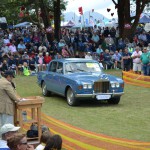 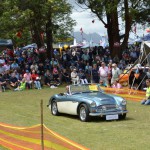 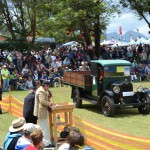 Visitors are spoiled for choice as highlight are as many and as varied as an auction of veteran and classic cars by House of Classic and Sports Cars, Knysna; a music festival by local artists during Sunday’s lunch hour, the Rotary SAB beergarden – once again providing shaded seating for at least 400 people; and the drive-by of vehicles, during which owners will have the opportunity to tell more about their special cars. The drive-by is planned in such a way that visitors will be able to appreciate the cars from where they are seated, such as from the SAB beer tent with seating for 400 people.

A special play area with adult supervision will be available for children between 5 and 12 years old at R20 per child.

For all your George Accommodation bookings, contact us now: info@www.hellogardenroute.co.za 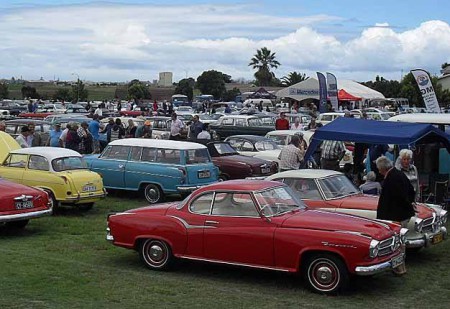